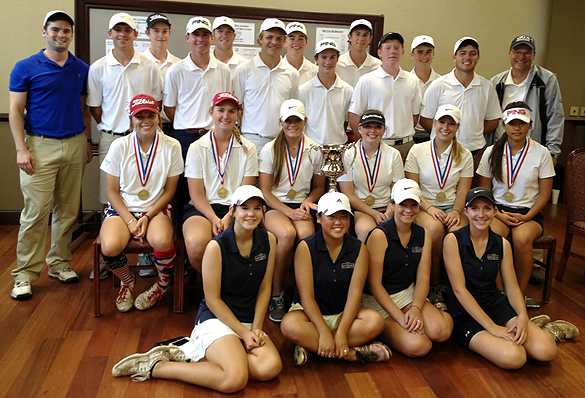 The Oklahoma Junior Golf Tour began in the fall of 2002. It started with a membership of 150 loyal members, and averaged 75 players over five events and a Tour Championship. The opening success of that inaugural season was largely due to support from state college coaches, state golf professionals, and families that believed in our mission for boys and girls.

In 2010 the OJGT joined forces with the Oklahoma Golf Association, which enhanced its services offered to members. This alliance has been very beneficial to the development of junior golf and elevated the status of the OJGT nationwide. Through the years the OJGT has developed and molded its schedule to meet the needs of our members and families. In the 2019 season the OJGT boasted 350 members.

Through the 18 seasons of its existence the OJGT has seen a growth of members and participants. We now regularly see members from as many as six states, and sometimes even foreign countries that play the tour. Over the years we have seen players win the following events and honors:

Through the years the OJGT has helped over 400 young players go on the play intercollegiate golf at all levels and classifications. Some have even become All Americans in their classifications. Other members have received scholarship aid in the form of scholastic grants. We are so proud of the life successes of our members!